The competition, organized by the AI4EO platform, attached to the European Space Agency, aimed to detect cultivated plots using Sentinel satellite images. Company CEO Mar González specified that «this recognition shows how innovation can play a relevant role in issues such as agricultural policy, both nationally and internationally».

The R&D team at Tracasa, a public company of the Government of Navarra, claimed second place in an international Artificial Intelligence competition with more than 100 participants. The contest, organized by the AI4EO platform, attached to the European Space Agency, aimed to detect cultivated plots using Sentinel satellite images

“The challenge was entitled ‘Enhanced Sentinel-2 Agriculture‘andconsisted of detecting cultivated plots based on Sentinel satellite images’ time series. The final crop map had to be super-resolved, quadrupling the original resolution of the sensor (10 meters per pixel) achieving a resolution of 2.5 meters per pixel,» explained R&D head Carlos Aranda Torres.

During the work carried out the Navarrese company’s R&D team managed, in a first phase, to train a model that would detect atmospheric effects, such as clouds, fog and shadows, in order to improve the existing images, while in a second phase it managed to detect cultivated plots based on time series, to this end complementing the spectral information of the Sentinel-2 sensor with hypertemporal statistics, ignoring previously detected areas with clouds in the calculation.

“Finally , to produce the final crop map, we used our SENX4 technology, with which we managed to quadruple the resolution of the Sentinel satellite images using Deep Learning techniques. This solution, which we showcased last week at the European Space Agency’s PhiWeek, is allowing us to present very competitive responses in terms of the super-resolution and segmentation of satellite images,” Aranda stated.

“This award is a major recognition of the work we are doing in this area, with our own R&D team and a firm commitment to solutions based on advanced data analytics and Artificial Intelligence. This specific award also shows how innovation can play a relevant role in areas such as agricultural policy, both nationally and internationally,” explained Tracasa CEO Mar González Paredes.

Second «podium» in a year

Of the more than 100 participants that the competition has had, the Tracasa R&D team is the only one that has achieved two consecutive «podiums» at AI4EO platform challenges. This time first place went to the Polytechnic University of Turin (IPL), while third place went to the German Climate Computing Centre (DKRZ).

The team from the Navarrese company took third place in the competition held by the AI4EO platform last spring, on that occasion focused on improving the spatial resolution of the air quality information provided by the Copernicus Atmosphere Monitoring Service and the European Space Agency. Among the missions of the AI4EO platform, launched in early 2021 by the European Space Agency, is the organization of international challenges based on social problems that can be resolved through the use of Artificial Intelligence and Earth observation data, and the social dissemination of this type of practice. 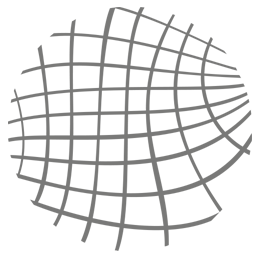